A new generation of on-belt radioisotope ash-meters and scales is designed by Analix, Bulgaria. Accuracy, reliability, and stability are improved by a new high-tech electronics design and software. 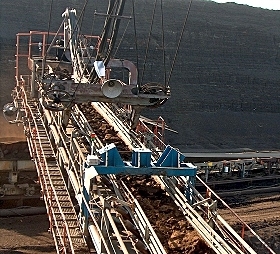 The mane benefit of using BCA is reducing the production costs

Production costs reducing by using BCA in Coal TPP is due to:

The pay back period for BCA instruments is about one year of operation.

For total weight the accuracy is about 2 % for quantities more than 500 t.

Our instruments are permanently checked and licenzed by the Bulgarian Agency for Nuclear Regulation.

All measurements done by all kind of regulatory officials (Agency for Nuclear Regulation, Ministry of Health, Ministry of Internal Affairs, etc.) confirm the complete radiation safety of our radioisotope on-belt ash-analyzers.

The staff passing by, or working around as closed as possible, do not obtain any irradiation.

There is no one case the radiation for people working there or passing by to be higher then the native radioactive background for that area.

Construction and installing of BCA

The Ash Analyzers are mounted directly on the Belt-Conveyors without changing the construction of the Conveyor.

The supporting structure of the on-belt ash analyzer is a rectangular frame vertically mounted and embracing the belt. On the top crossbeam is mounted the detector unit registering irradiation cross passing the coal. 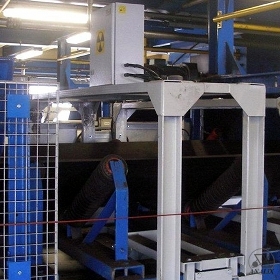 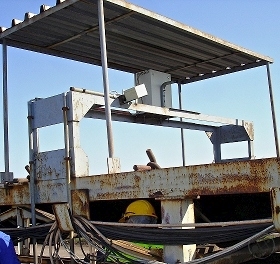 Under the belt is mounted the shielded container with two sources of radiation. Due to а heavy lead protection covering sources no radiation could be obtained at any point around the instrument. There is only one narrow collimator letting a pencil type beam to go out vertically across the coal to the detector where this beam is totally absorbed. You can see the mechanics of this unit opening and closing the collimator. It could be made automatically, or by remote control, or locally during the service works. 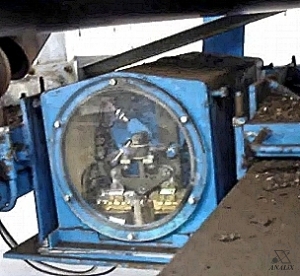 Radioisotope containers with automatic and with manual shutter

In waterproof side mounted boxes are housed supplying units for low and high voltage, specialized electronics processing the detector signal, high speed spectral analyzer controlled by a local processor, and the computer. The computer controls the measurements, calculates the load and the ash content and supports the connection with the server. 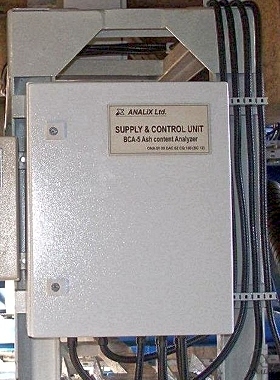 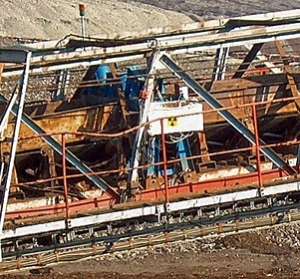 Side mounted control boxes in TPP and in Open Pit Mine

The on-belt radioisotope ash-content analyzers BCА operate fully automatically and operator service is not required, except in case of failure or damage. They are designed and built in such way that they do not require adjustments and service during normal operation. The current maintenance includes only periodical status check and empty belt normalization.

The construction of the instrument is module-based and allows service and maintenance works in almost any conditions and usually without stopping the belt. 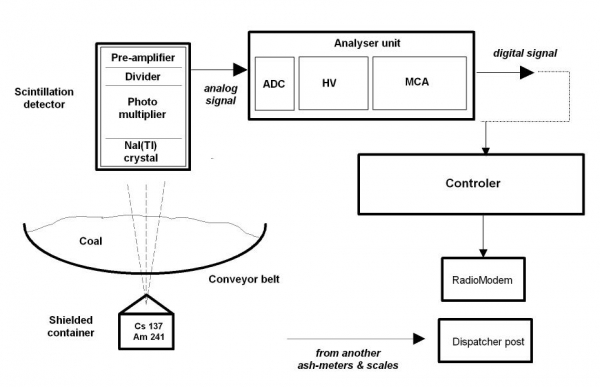 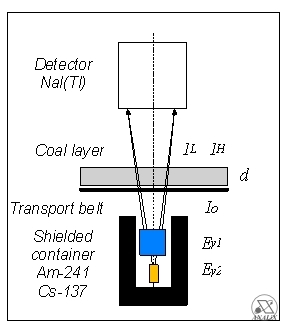 The attenuation of the gamma-energy is calculating by the formula:

When we have two different energies and divide their attenuations the specific weight and the thickness are canceled:

Here Zeff is the “effective” atomic number of the coal, which is determined by the ratio between two components of the coal or lignite: organic (Zeff ≅ 6) and mineral (Zeff ≅ 12) – i.e. by the ash content.

But in theory as well as in the practice the things are not so simple as it could seems. There are a lot of factors, influencing this dependence:

It is our high speed Gamma-spectrum Multichannel Analyzer that makes possible on-line registration and developing of the full gamma-spectrum of the passed-trough radiation. 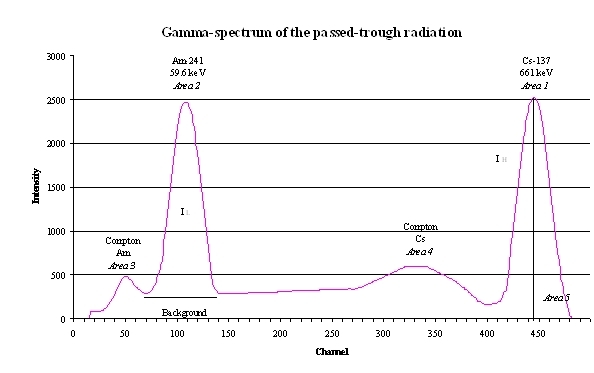 Our software for spectrum stabilization was proved as the best by practice.

In the generally applied way for gamma spectrum registration the intensities of the lines of Cs-137 and Am-241 are measured in fixed regions. We changed this routine approach and significantly improved the sensitivity and the precision of the method.

Our on-belt ash-meters were the first instruments of this type using on-line full spectrum processing and respectively software determination of the line edges in the spectrum. The exact localization of these edges allows applying of the background subtraction and respective improving of the signal-noise ratio. We also solved another problem following from the great variety of the spectrum depending on the quantity of the material over the belt. The spectrum line areas change up to 1000 times from empty belt to fully loaded belt. Respectively the amplitude and wide changes all the time and the edges don’t stay at one place. Our software enables current fixing of the line edges and exact calculation of the background in every single second.

Together with changing the lines shape the great variety of the intensity during changing of the loaded coal causes a total change of the detector non-linearity. The dependence between the energy of the gamma-quanta and the height of scintillation detector outgoing pulses changes in different way for the low and for the high energy. We developed an independent localization of the low-energy pick also. So we account the “breathing” of the spectrum in wide as well as in height.

These innovations introduced by Analix allow our on-belt ash-analyzers to become the most successfully working directly at the coal excavators TPP and in the open pit coal mines. The large and very variable size of the coal, the hard meteorological conditions, the vibrations and the dust are not problem anymore due to our new design and software.